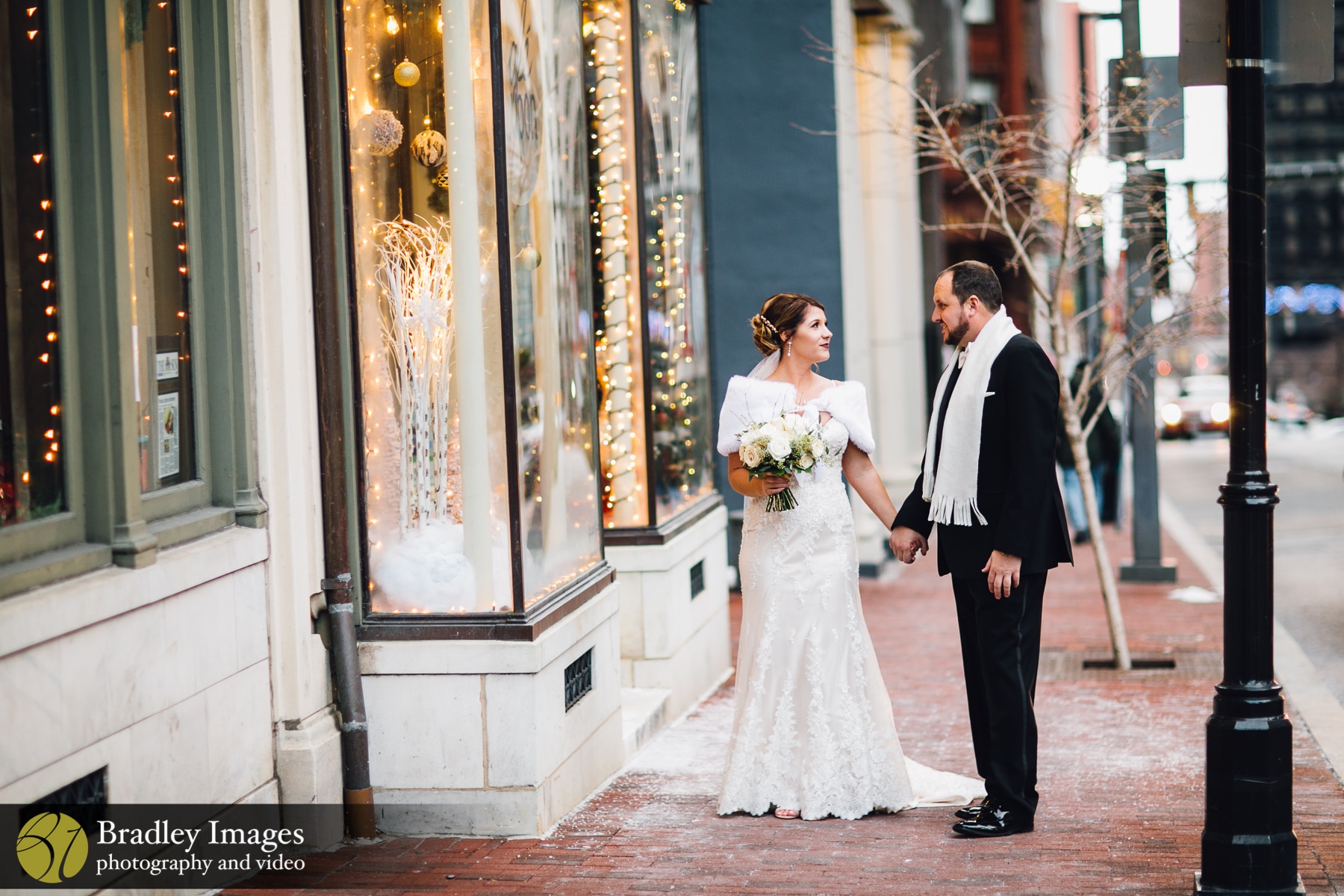 From the moment we met Ashley and Ryan at Bradley Images we knew we would have a great New Years Eve wedding with this couple. Usually I tell the story of how are bride and groom met, and I will! But first I want to tell the store of Ashley and I, and how we met.

I was nervously excited to have my first one on one with a bride to work on wedding invites. Ashely walked in, and we were like two friends flipping through the the wedding invitation book. We thought we had the perfect invite to to fit her New Years Eve wedding, and then we flipped the page, and found an even better fit. We got so lost in talking about their families, and planning her perfect invitation when Ryan (so cute when the groom comes too) got a work call, we were like its ok we got it covered!

On to the Bride and Groom, I find it so romantic that Ryan and Ashley met at a wedding for their friend that he was a groomsman and she was the bridesmaid. They had no idea that the bride and groom had a plan for them to meet when they paired them up for the wedding. The timing was just right, and four years later to the day, Ryan proposed to Ashley.

Ashley did not see the proposal happening at all! It was a Thursday night, and they were going to Pittsburg for the weekend for the Steelers/Giant game. They went to dinner, at Jack’s Bistro in Canton where they had their official first date. After a fantastic dinner, they were walking outside to leave,, and Ryan stuck his hand in his jacket pocket while going down on one knee. Ashley got scared thinking he was having a heart attack, and asked if she could call 911, something that just makes me laugh thinking of it! When Ryan said those words “Will You Marry Me”, Ashley burst into tears of excitement and pure joy. She was crying so hard, he had to ask her again, for her to give him her response of YESSSS!

The entire wedding day at The Grand on New Years Eve, was everything and more for Ashley and Ryan. Ashley couldn’t of dreamed of a more perfect day, but her favorite memory of the wedding was walking down the aisle, and wondering why he wouldn’t turn around to look at me…all the nerves and excitement really set in! Ryan’s favorite memory is all the fun at the reception, and seeing all the smiles on their guests faces, and just letting loose. It was perfect.

Thank you to all the vendors that helped make Ashley and Ryan’s NYE Wedding a success.

Congratulations to Ashley and Ryan from all of us at Bradley Images. Ashley and Ryan’s contagious positive energy made everything that much easier for Joel, Milai and Mark to capture beautiful photos. hope you enjoy your preview, it was hard for us to select our favorites! There are so many