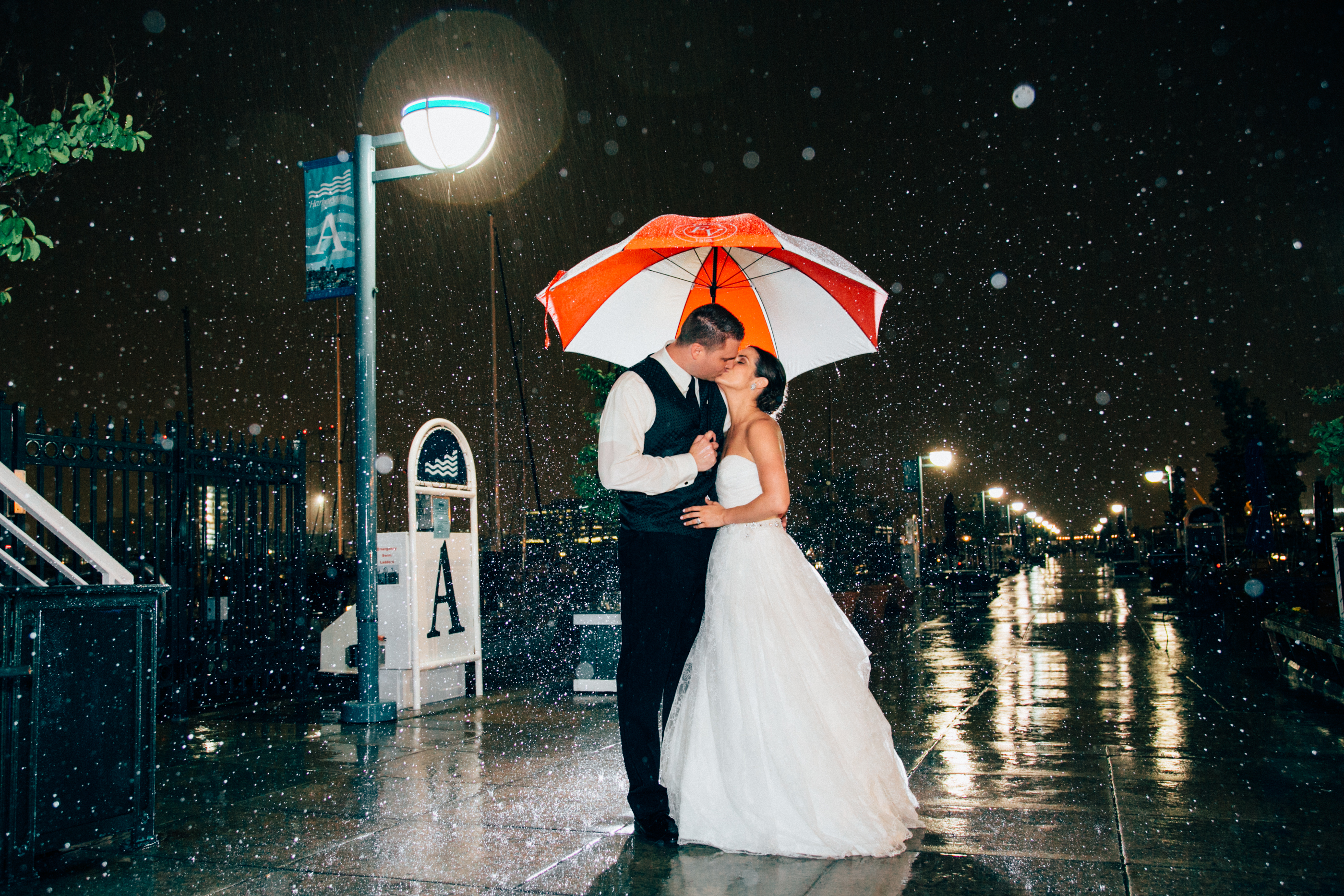 “If you asked me on August 11th, 2014 if I had a plan to propose that was without flaw, and left zero room for unexpected surprises, I would have confirmed that I did. One important thing for me was to ask her parents for permission, so that was priority one the weeks leading up to the proposal. There was one problem though; her parents are shockingly difficult to get in the same place at the same time without Jill around. One week they were in St. Kitts, the next week they were down in Virginia. I was beginning to stress. For those of you that have not purchased an engagement ring, your anxiety exponentially increases by the minute until you muster up the courage to ask.

On August 12th they returned from Virginia and I took the opportunity to visit them at the farm on my lunch hour. Jill would be at work and I would have their undivided attention. Did I mention there was torrential downpour all day and flash floods throughout all of Maryland? That will important to know for the rest of the story. Anyway, they gave me their blessing. I did ask a favor from them. I needed Mr. Boyer to block the back driveway tomorrow morning. It was very important I had the front driveway all to myself. I decided I could not wait any longer and was going to propose the following day.

Since I live so far away from Jill, and it had rained so much on the 12th, I knew I needed to get up very early to ensure I was able to catch Jill before she left for work. Jill had training that day, which actually bought me some time. Her mother told me that Jill would not be waking up until 6:45, and not leaving for work until 7:25. My plan was to get their around 6:50 and quietly coast down the driveway to the “proposal zone.” Since it is normally a 45 minute drive I decided to give myself an hour and a half in case there were still road closures.

I woke up at 4:45 am on August 13th and quickly put on my best suit. I was in my truck at 5:10 ready to go….and at 5:50 I was at her house, unexpected surprise number one. I thought to myself, “no big deal,” this will give me time to think through any final details. I went to 7-11 and got another coffee and some chewing gum. I figured if Jill says yes, and decides to kiss me afterword, it would be better if my breath did not smell like the 6 cups of coffee I had nervously pounded. At 6:15 I slowly pulled into her driveway and found myself in the perfect position. The sun would soon be coming up over their pond and there was not a cloud in the sky.

At this point I was quite proud of myself for having everything well planned. It was a little warm being in my suit and since I did not want to keep my truck running on account of the noise, I put the windows down. No more than 10 minutes later I was being assaulted by the largest mosquitoes I have ever seen in my life…unexpected surprise number two. I had no choice but to put the windows up and deal with the heat. It was not long before the windows started to fog up and I was wiping them down with my gym towel. I was also using the same towel to wipe down my sweaty face.

As game time quickly approached I needed to make final preparations. Since the ground was soaked still, I needed to lie something down on the ground to prevent from getting mud on my suit pants. I had a mossy oak sweatshirt in my truck which I thought would be perfect…she would never see it. I found the spot and retreated to my truck for the final 30 minute wait. It went by faster than I imagined it would and before I knew I could see Jill’s car pulling out of driveway and she was only 100 feet away! I hopped out of my truck grabbed the flowers I purchased the day before and did one last check to make sure the ring was in my pocket. It was. What could go wrong now?

Jill pulled her car right in front of me. I assumed she would get immediately get out of the car, she didn’t. She sat there looking at me with a confused look on her face…unexpected surprise number 3. I had to ask her to get out of the car which she finally did. As she approached, her eyes immediately went to the sweatshirt (thanks mossy oak) and she went to pick it up…unexpected surprise number 4. Once I yelled to her to leave it on the ground she proceeded to step over and right next to me rendering it impossible to put my knee on the sweatshirt….unexpected surprise number 5. Once I asked her to step on the other side of the sweatshirt everything was in order… or so I thought. I started speaking what I can only hope was coherent since everything went blurry. As I started to see her beautiful eyes water up I knew it was time to ask the big question. The moment was perfect, or so I thought. As I went to bend down I encountered unexpected surprise number 6…my pants were seconds away from splitting. I opted to stand back up and go carefully down on the other knee. Jill gets me and knows I have a tendency split pants so it did not take too much away from the romance. Thankfully that was the last surprise and she said yes. It was the happiest moment of my life.”